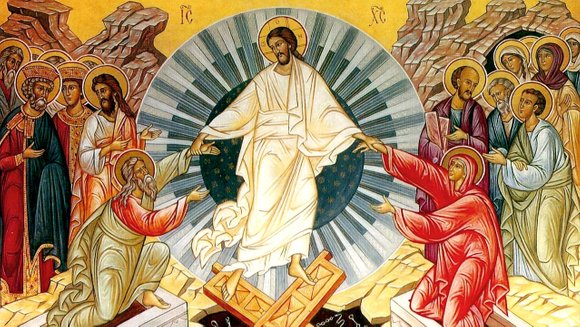 When did the Orthodox Church begin?

The Orthodox Church is the very Church founded by Jesus Christ Himself. The usual date given for the founding of the Church is Pentecost, when the Holy Spirit was given to the Apostles after Jesus' Ascension to heaven. However, the roots of the Church, as the community of those who are faithful to God's revelation, go back much further into the Old Testament. The Orthodox Church was not founded by a group or individual splitting off from another Church.

Are there other names for the Orthodox Church?

Are all Orthodox Churches the same?

All Orthodox Churches share an identical faith, a common tradition, and the same basic forms of worship. Individual Orthodox communities may use their own language in services and have local customs.

Who is the head of the Orthodox Church?

Where does Orthodox Christianity exist in the world today?

Orthodoxy is the prevalant form of Christianity in Greece, Russia, Romania, Serbia, Bulgaria, and many arab countries. In addition, there are sizable Orthodox populations in many other Eastern European countries. Orthodoxy has spread by missionary activity into places as diverse as Japan, Korea, Alaska, Uganda, and Kenya. There are communities in the Americas, Australia, and Western Europe. Orthodox Christianity is a world-wide faith with over 300 million faithful.

How is the Orthodox Church governed?

Most Patriarchates and national churches are governed by synods of bishops. These are comprised of the bishops of all the diocese in that country or region. The Patriarch, Metropolitan, or Archbishop presides over this gathering of bishops as the first among equals. The Patriarch of Constantinople (Instanbul, Turkey) is considered foremost in rank among all Orthodox Partiarchs, but he does not exercise authority over other Orthodox Churches. Local parishes are governed by their priests, sometimes with the assistance of deacons and lay councils.

What are the main characteristics of the Orthodox Church?

The most important characteristics of the Church are defined in the Nicene Creed, which is the universal expression of the Christian faith. They are:

One—The Church of Christ is one body united sacramentally and sharing one faith. It is not a collection of disagreeing denominations. The Church is pre-denominational.

Holy—The Church manifests the holiness of God in the world.

Catholic—Universal: the Church holds the fullness of the Faith for all people of all times.

Apostolic—The Church was founded by Jesus Christ and established by him upon the Apostles. The Church preserves the undivided Apostolic Faith, unchanged and in continuity with the beginning.

Are visitors welcome in Orthodox parishes?

Yes! We welcome you to Saint Andrew's Orthodox Church. Please come and join with us in prayer and worship. Partaking of the Holy Communion, however, is reserved to those who are Orthodox Christians. If you would like to learn more about our Faith, please inquire with any of the faithful of our parish who will be happy to introduce you to our parish priest. This is a small introduction to Orthodox Christianity. There is much more to convey about the Holy Orthodox Church. We welcome you and invite your questions.